Today marks the start of British Science Week 2021 and we are so thrilled it has finally arrived!

It’s been a strange build up to Science Week this year – the uncertainty of when schools would once again open their doors to all students, how and when the lockdown restrictions would be eased for us all, and what the future looks like for live events, has all had an impact on our plans for the Week.

But, despite these challenges, we have been blown away by the response on social media over the past few weeks – so many of you have forged ahead and come up with truly inspirational ideas for celebrating science and its role in our society this March.

Please continue sharing your plans and ideas on #BSW21 or by tagging us in your posts (@ScienceWeekUK) – we’ll try and share as many as we can!

If you’re still looking for things to get involved in during British Science Week – we recommend you check out our post from earlier in the week, which lists some activities, online events and giveaways you can get involved with, but here’s a quick snap shot:

To mark the start of the Week, this year, we decided to a bit of digging to find out more about how parents and young people are feeling about their futures. As the past twelve months has demonstrated, science is a fundamental part of our lives and has an impact on everyone’s day-to-day, especially now.

The research was conducted with parents of school-age children and revealed that despite 9 in 10 children wanting to take an active stance in changing the world, nearly half of school-aged children do not feel optimistic about their ability to do so. We also found that 52% of parents with young children just starting school reported that their child didn’t feel confident they can make a difference in the world. And the problem only gets worse as children get older – by the age of leaving and making decisions about their futures, this rises to nearly two thirds of teenagers (64%). Exasperating the problem, almost a third (30%) of parents of children aged 14-18 say they don’t feel confident motivating their children to pursue their dreams. 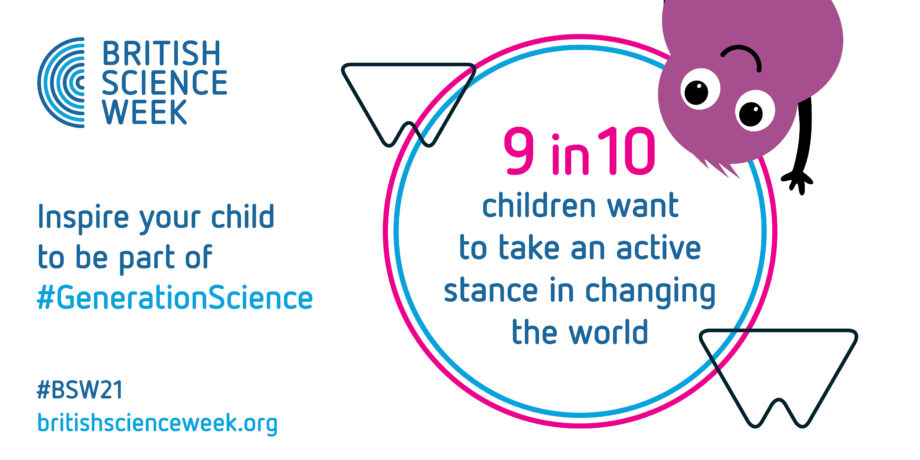 According to the research, children have been spurred on by major world events such as Covid-19 and the climate crisis to make a difference to the world, with 1 in 5 children being interested in careers in tackling climate change, and almost a quarter (23%) wanting to explore careers related to solving medical emergencies and pandemics.

So now more than ever, we want British Science Week to help inspire the next generation – Generation Science – to show that it is possible for them to act on their desire to change the world.

“This research shows the impact that becoming a teenager is having on our nation’s children when it comes to their confidence in chasing their dreams. Despite being galvanised by the issues we are tackling as a society, many simply stop feeling able to make a real difference as they get closer to beginning their careers.

“As school closures begin to end and children begin to get a semblance of normality back in their lives, it’s really important we continue to motivate them to pursue their dreams. It’s important that both teachers and parents capitalise on new scientific visibility and in some cases their newfound knowledge, by talking to their children about the many ways in which science affects our day to day lives, making it informative, exciting and fun, so that they stay motivated, and encouraging them to start thinking, even at an early stage, what sort of role they could play in this brave new world as they go through their schooling.

“This year’s British Science Week comes at a crucial moment in the development of the next generation. Keeping dreamers on the path to fulfil their ambitions is vitally important if we’re to meet the challenges our society is facing.” 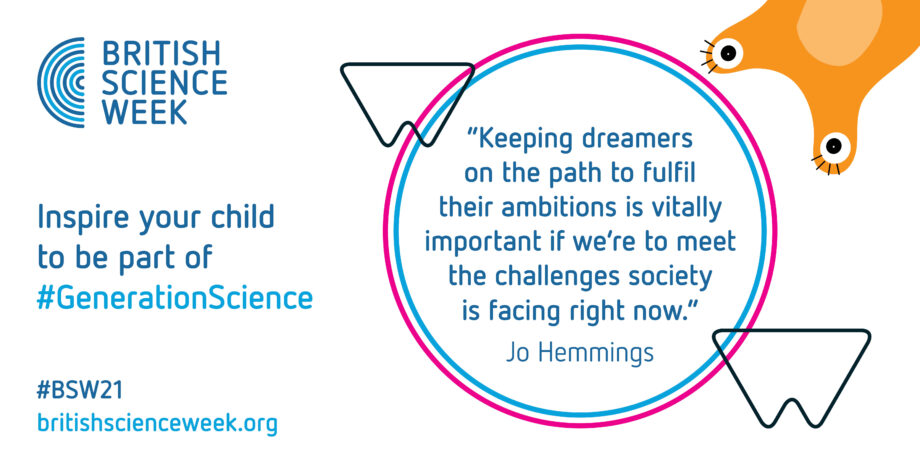 “After a year of science making daily headlines and becoming such a prevalent part of everyone’s day to day lives, it’s become even clearer just how important it is to society.

“This research follows our previous Future Forum research which found that 71% of young people are concerned about the effect of climate change on their futures, and 69% are concerned about the impact of future pandemics – this year’s British Science Week will focus on ensuring Generation Science feels confident about its abilities to help to address major, global issues that will shape their futures.

“We know this year has been tough for parents and teachers alike to maintain momentum and motivation with children, and so we’re providing a wealth of free resources, events and opportunities showing how interesting science can be. The last few months have seen some incredible developments for the subject, from the Covid-19 vaccine to the landing of Nasa’s Perseverance Rover on Mars. These achievements remind us just what we’re capable of when we work together to make science a priority.”