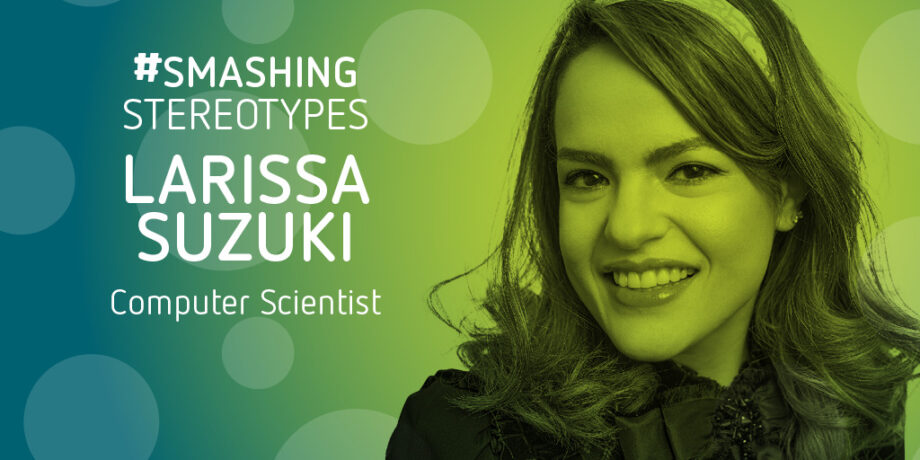 Larissa is a Technical Director at the Office of the CTO at Google and is working with IPNSIG on NASA’s Interplanetary Internet Project. She holds a master’s in electrical engineering as well as a PhD in computer science.

I’ve always wanted to work in computer science. When I was a child I would take apart computers to see what was inside, how they work, and figure out ways they could be improved.

At 16, I went to university to pursue a career in music – my mother wanted me to be a professional pianist – but I dropped out to do computer science instead. Because my brother did computing, my family could see value in the subject. But when it came to me, it was a bit different. I think there was a subconscious misconception that computer science was just for boys.

I can think of a few occasions where I’ve encountered this stereotype throughout my career.
At university, I was the only female student in a class of 40 boys. I remember a boy in my class asked to see my work so that he could get inspired. He ended up submitting it with his name on it! When I handed in my work, I was called in by the professor who automatically assumed that I’d copied from the boy. A similar thing happened when I did my PhD thesis; extracts were published under someone else’s name. Sadly, this has been happening to women in science throughout history.

In computer science, women have been creating everything that we see around us: the first computer coder was a woman – Ada Lovelace; the software architecture that landed Apollo 11 on the Moon was created by Margaret Hamilton. Growing up, I heard about Apple computers and Steve Jobs, yet it wasn’t Jobs who designed the graphics that changed how we interact with computers – it was Susan Kare.

Being a scientist with autism, there are definitely a number of stereotypes I want to ‘smash’. Due to my autism, I don’t always know how to interpret human intentions or how to say something’s up. When I first learned about my condition, it took some time for me to feel comfortable in my own skin. I later came to the realisation that being autistic was like having my very own superpower.

When I have a strong interest in something, I can focus very deeply on it. I provide different perspectives and novel ideas. My attention, creativity, focus, and different ways of thinking are really what has helped me to succeed as a scientist.

Thankfully, despite the setbacks, I had the courage to find a career path where I feel I belong and am respected. The experiences I’ve had along the way have taught me that to yield and not to break is an incredible strength, and has made me determined to help change the face of technology.

It’s not only the products that we build that matter, it is how we impact each other’s lives.