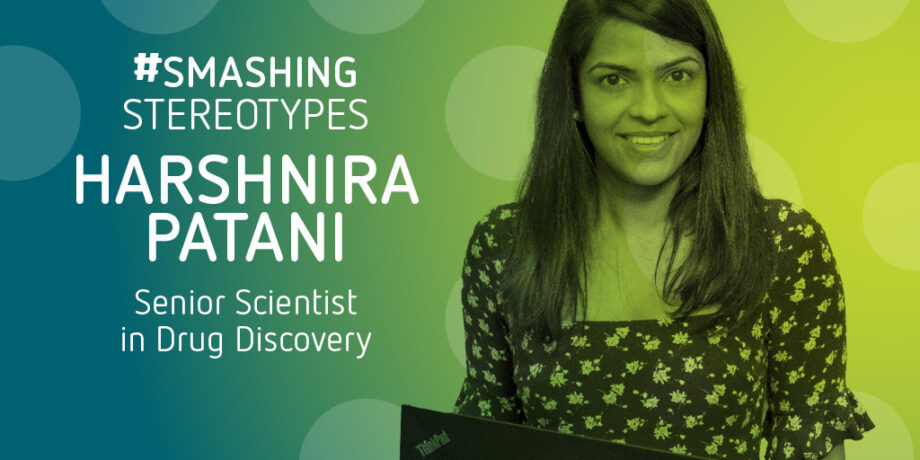 Harshnira grew up in Kenya and wanted to be a scientist from a young age. She remembers painting a picture of herself as a geologist, studying rocks with a magnifying glass in a rainforest, discovering cures for diseases when she was just 6 years old. At school, she enjoyed maths and sciences, but had no role models and so had to forge her own path into science.

She now has a degree and PhD in biochemistry and works for global biopharmaceutical company, MSD.

Becoming a scientist has not been an easy journey for me. I come from a community where being a scientist was not a career option anyone had pursued before; those who enjoyed science were encouraged to become pharmacists, dentists, or doctors. My main challenge was navigating a scientific path without any advice about how to actually do it.

That all changed during a careers convention at my school where I met an academic scientist who made a huge, positive impression on me. Talking to her about her career revealed a world of options, and I knew I wanted to be just like her. She helped me understand the steps required to become a scientist, and the rest…I learned along the way!

I now bump into that very same inspirational scientist in the corridors of my current workplace, which is a great reminder of how and why I got to where I am today. 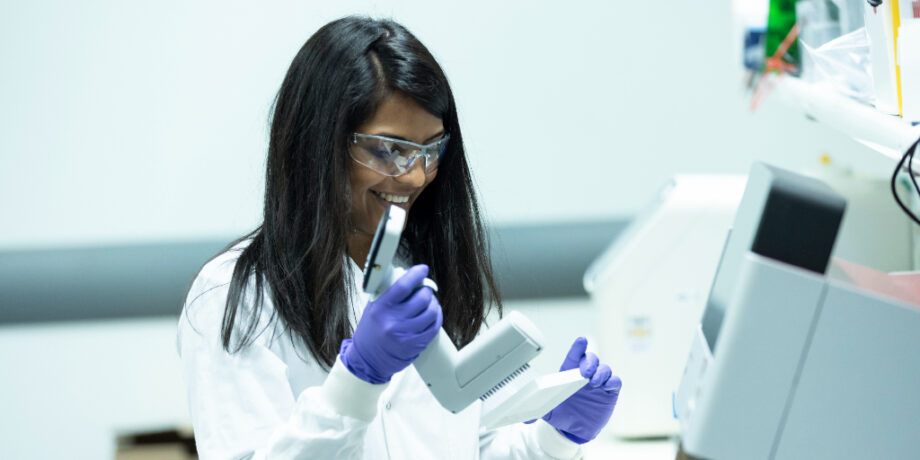 I work as a pharmacologist (not to be confused with a pharmacist who prepares and dispenses medicines), studying medicines and their effects on living systems. Most of my career so far has been spent working to develop medicines for difficult to cure cancers, such as prostate and liver cancer. In my current role, I am working to develop medicines for neurodegenerative diseases such as Parkinson’s and Alzheimer’s, which are arguably even more difficult to cure because we have the additional challenge of creating medicines that need to not only get into the body, but into the brain, safely.

I love my job because I get to use creativity, maths, and scientific knowledge to design experiments to test new medicines for diseases that currently have no cure. The most exciting part is knowing that every experiment I run and analyse is the first of its kind – it’s never been done before. This makes the results so exciting, as I eagerly wait to see if our hypotheses have worked.

Growing up, I was surrounded by poverty and that experience has driven me to want to spend my life helping the world by solving some its problems. I am proof that it doesn’t matter where you’re from, anyone can become a scientist! I became a scientist by building my own path that worked for me, despite growing up in Kenya where science careers are not often an option. But I’ve had to challenge some of the assumptions and stereotypes around being a scientist along the way.

For example, I think it’s important to recognise that not all scientists are ‘nerds’. I love to talk about science with my colleagues, but I’m much more than that. I’m ace at badminton (I played at varsity level), I love playing women’s cricket, travelling the world, and exploring London’s theatre scene! 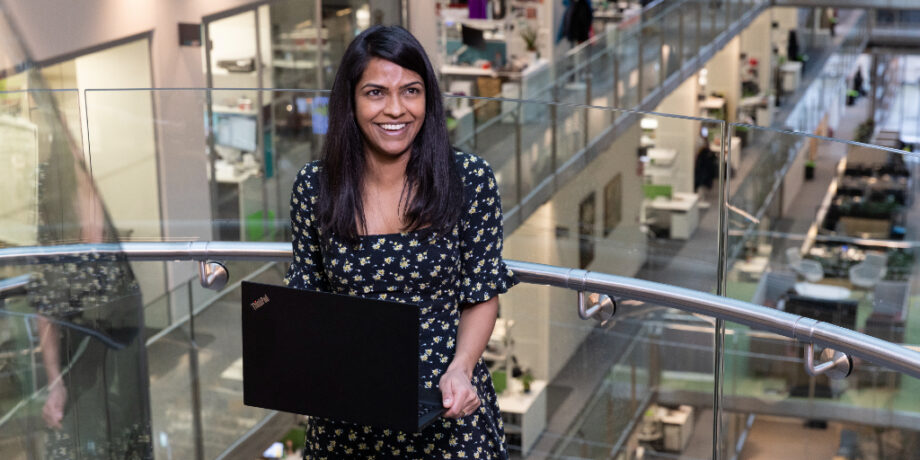 Perhaps the greatest challenge I have faced, though, has been getting people to take me and my ideas seriously as a young, female scientist from an ethnic minority background. In the past, I felt I had to work harder than my colleagues to earn their scientific respect, despite being an expert in my subject. I had to overcome imposter syndrome, and remind myself why I wanted to be a scientist in the first place – to help the world!

Fortunately, the sciences have become more welcoming to a diverse workforce over time, opening doors for the next generations of budding scientists.